The Raspberry Pi Foundation chose Pi Day 2018 to release the new Pi 3B+. It's not a big change from the Raspberry Pi 3 and it is selling for the same price of $35, but it does represent a significant improvement in performance. 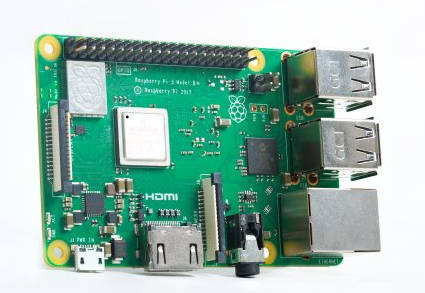 As the announcement points out, this is just a 200MHz increase in clock speed, but a three times network throughput increase. The availability of gigabit hard wired Ethernet makes it possible to use the Pi for applications for which it was previously underpowered. However, you need to notice that while it might connect to a Gigabit port, because of the USB 2.0 connection it will only reach less than half the promised speed.  It is still an improvement, however:

The new board supports PoE (Power over Ethernet) and you can either build your own using the new 4-pin connector or wait for the PoE HAT to do the conversion from 48V to the 5V the Pi needs. The board also has an optional fan. 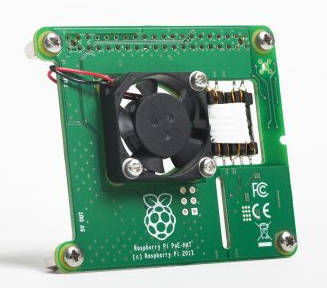 WiFi improvements include the ability to work at 5GHz as well as 2.4GHz.

The radio has now been enclosed in a metal box which allows the B+ to be classified as a radio module, which means if you use it in a product you don't have to recertify with the FCC.

Support for PXE network booting is now enabled by default and this should make building labs and classroom setups easier. The combination of PXE booting and PoE makes the B+ much easier to use in embedded projects because all you need is the ethernet cable to both power and boot the device.

More difficult to judge is the improved temperature management. Data suggests that the clock speed can be kept higher for longer without overheating, but it is difficult to say if this will be noticeable.

The Pi B+ does use more current, however, and you are advised to use a 2.5A power supply.

Here is the launch video:

And a more technical look:

Where next for the Pi?