3D printing plays an important role in IoT - when you can't find the component you need simply fabricate it yourself. The problem is that the process is so slow. A new approach based on tomography promiseises to speed things up. Meet the Replicator. 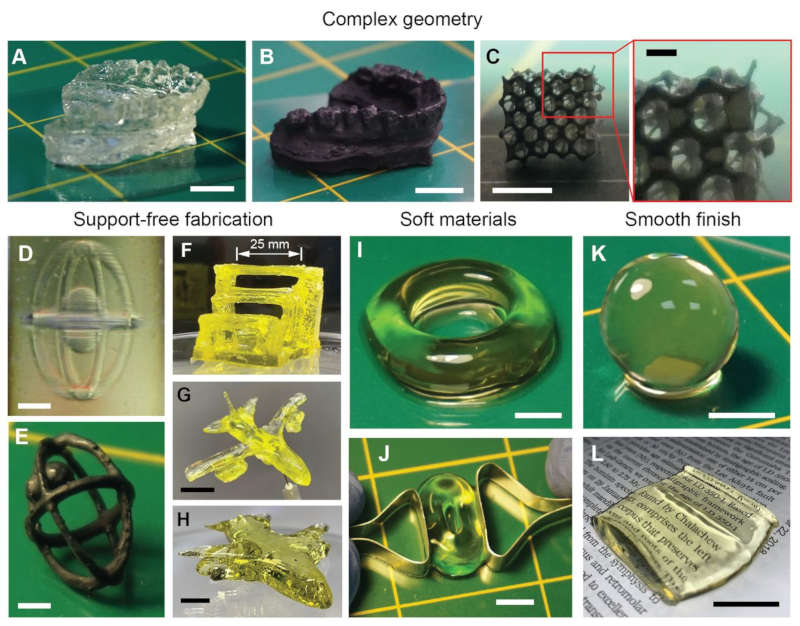 Instead of scanning the resin a point at a time, the researchers from the Lawrence Livermore National Laboratory and the University of California, Berkeley used a tomographic algorithm to project a slice of the object. Notice that no single slice has enough power to set the resin. It is the cumulative effect of multiple  projected slices that eventually builds up enough power to solidify part of the resin. This is the inverse of the tomographic algorithm. So is this an inverse-inverse problem or is that just a problem?

Take a look at the system in action:

The ability to create an object inside another object without any supporting struts, as you need in a conventional 3D printer, is impressive.

Take a look at the construction of a caged sphere:

Of course there are problems. So far only small parts can be constructed and the accuracy could do with improvement, but it's early days. The final success depends as much on chemistry as it does on optics and computer science.

And can you guess what the researchers call their printer?